Genomics. Building up from the genetic scale.

Taxonomic identification of microorganisms has traditionally been challenging because, in addition to limited morphological characteristics, less than 1% of marine microbial diversity has been cultured successfully.

The introduction of genomic approaches over the past two decades, however, has allowed microbiologists to overcome these limitations and assess microbial diversity in terrestrial and aquatic ecosystems. The use of genetic markers with high-throughput Next Generation (Next Gen) sequencing provides high-resolution taxonomy for phylogenetic analyses, as well as data for biogeographical distributions of marine microbial plankton.

Identification of metazoans has traditionally been based on morphology, which suffers from well-known limitations including phenotypic plasticity, morphologically cryptic taxa and life stages and the need for taxonomic expertise.

In response, the use of DNA ‘barcodes’ has been increasingly adopted for the study of biodiversity. There are several genetic markers that can be used but the most common is mitochondrial cytochrome oxidase subunit I (COI), which has been successfully used for the identification of fish, crustaceans, protists, and many other organisms.

We are building on existing sampling efforts to implement a sustained DNA collection program, to be used for metabarcoding and eDNA analyses. 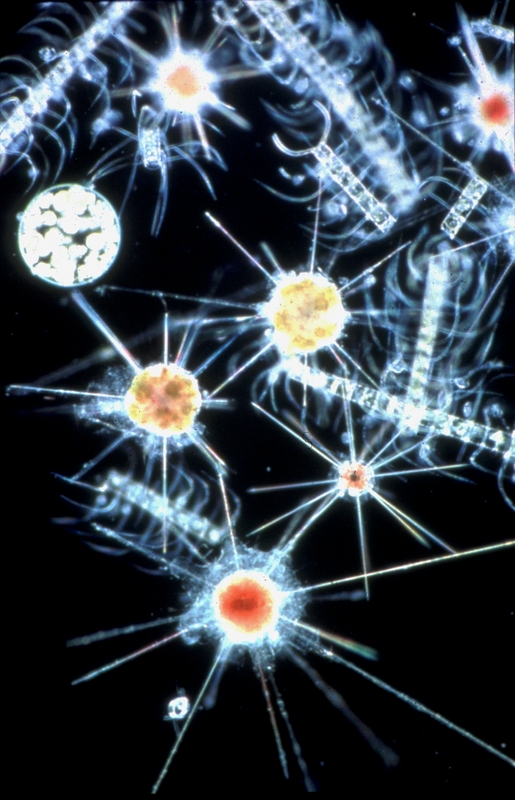 We use a rosette equipped with 10L Niskin bottles to collect several samples from discrete depths along the Plumes and Blooms (PnB) transects in the Santa Barbara Channel. In situ McLane pumps enable collection of much larger-volume samples (10s – 100s of liters) for assessing diversity from discrete depths and depth-integrated samples. Three in-line filter holders will allow simultaneous collection of three separate size fractions of plankton(0.2- 5 µm, 5 – 53 µm and > 53 µm).

We already have a 4-year time series of microbial samples from the PnB transect, which are currently being prepared for sequencing, phylogenetic analysis and assessment of spatial and temporal patterns. These samples were collected approximately monthly from March 2010-Sept. 2014, and DNA was collected from ~600 0.2 µm samples and ~500 1.2 µm surface samples at all 7 PnB stations, from 75 m at deep stations (2-6), and from a profile at the central Station 4 (0, 30, 75, 150, 300 m). Currently 0.2 µm samples from 2010-2012 have been analyzed using tRFLP (Wear et al 2015). This analysis revealed patterns of microbial community structure associated with different conditions including recently upwelled water and seasonal patterns. Next gen sequence analysis will provide higher fidelity though which we will extend interpretation of these patterns. Extensive ancillary data is available for these samples through PnB, including DOC, pigments, nutrients, etc. Ultimately, the objective is to determine if there are repeatable temporal patterns in bacterial community structure and how that may be linked to biogeochemical variability as well as ocean color and coherent seascapes.

We are currently working with Mya Breitbart’s group at USF (Florida MBON) to develop a standardized plan for sampling (Filter type, fractionation etc). Both groups will use the same primers and sequencing platform, and the same bioinformatics pipeline to analyze data.

The goal of this section of SCB MBON is to develop and apply genetic techniques to identify larval fishes within plankton samples collected in Southern California Bight. At present, many fisheries monitoring programs throughout the world utilize larval fishes to track ecosystem and population dynamics. Traditional techniques used to analyze the plankton samples are extremely labor intensive, however. Application of genetic tools has the potential to greatly improve the efficiency of these programs.

We have collected plankton samples to be used for this project on California Cooperative Oceanic Fisheries Investigations (CalCOFI) cruises throughout Southern California Bight in the winter, spring, and summer. In winter 2015 CalCOFI began collecting tris-buffered 95% ethanol-preserved samples specifically for SCB MBON from the port side pairovet plankton net. CalCOFI will collect additional samples in fall. In spring of 2016, we collected additional samples within the Santa Barbara Channel in conjunction with the ongoing PnB survey conducted by UCSB. In addition, we are collaborating with the Southern California Coastal Water Research Project (SCCWRP) who monitor biological and physical properties of near-shore waters off the coast of southern California. SCCWRP and NOAA SWFSC are jointly sponsoring a postdoctoral researcher to work on this project.

These samples will be sorted and identified (typically to species) based on morphotype by experts led by Andrew Thompson at NOAA SWFSC, photographed, vouchered and tissue sampled for DNA barcoding of individual specimens. Once all fish eggs and larvae are identified, the specimens will be returned to the raw sample, and species will be identified using metabarcoding techniques. Because most of the larval fishes in the Southern California Bight can be identified to species based on morphology, we will be able to directly assess the efficacy of metabarcoding to assess ichthyoplankton biodiversity. 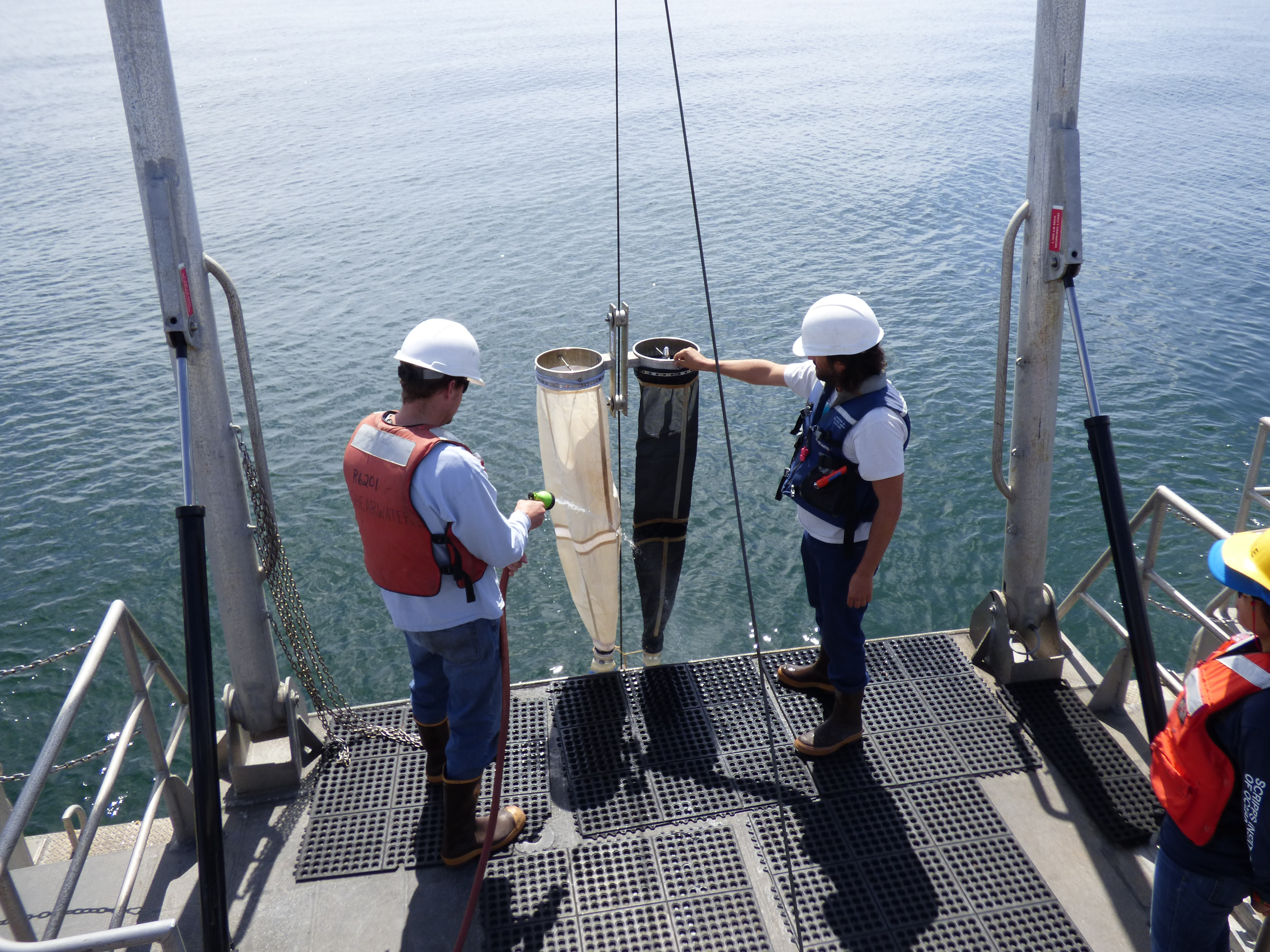